Is it weird if a guy and his wife have the same car? 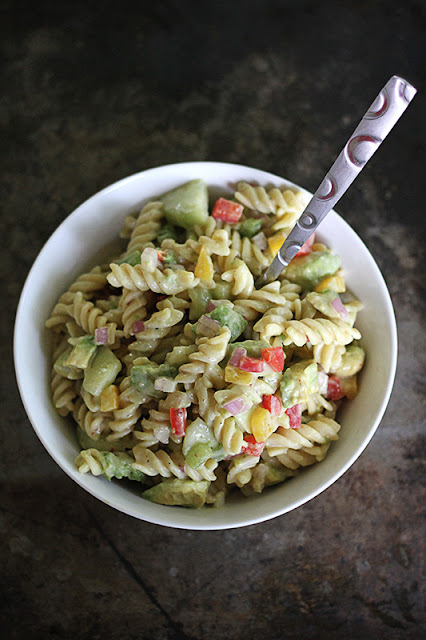 The exact. same. car.
Same make. Same model. Same color.
Weird?
You’re right it is weird. Annnnnd that’s exactly what my husband and I now have. The exact same car. As of today. 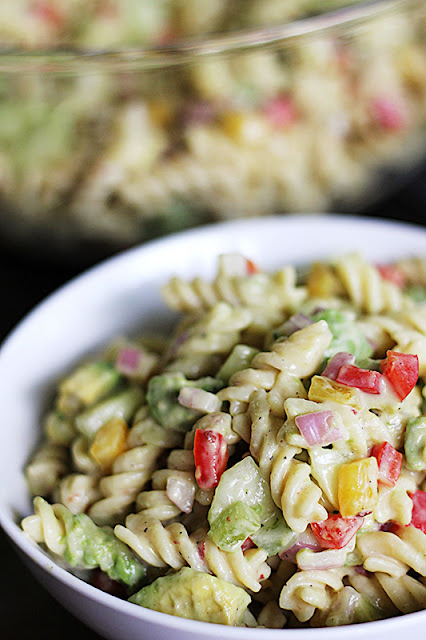 After a year of trying to sell my husband’s car so we could get something a little more “economical”, we finally found a buyer. Only problem? We needed a second car before Monday for the Hubby to take on his business trip.
We looked around (for a minute) and found my car’s twin real close to home and for a steal of a deal. Well, it’s more like my car’s older but less-driven sister. Basically the same make and model, a couple years older, but only half the miles as mine has.
We bought it. 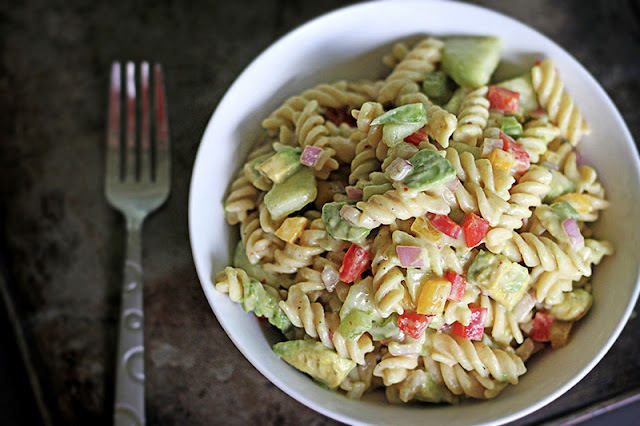 So yes, we officially have twinner cars.

At least for a little while. We’re talking about possibly selling mine now and I’ll drive the new one. I’ve loved my car and would love to keep it but if I can have the same thing with less miles, I’m all about trading in.

I sort of feel like I’m cheating on my car.

It’s nothing personal! It’s just that I understand cars and the benefit that would come from swapping my high-mileage baby for a version with more time on the clock.

That didn’t really make me sound like less of a cheater did it. 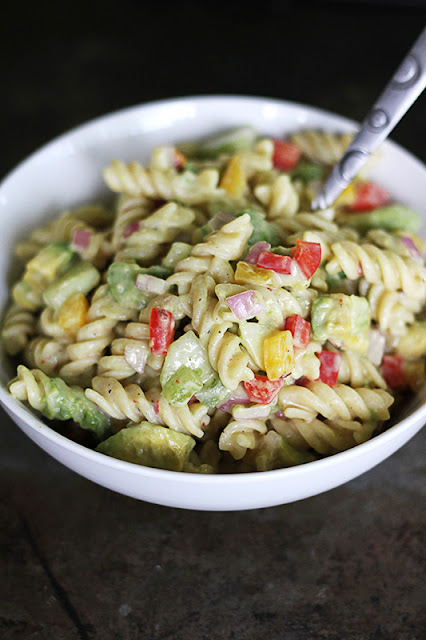 Other than the excitement of getting our matching cars, this week also brought a holiday for us locals around here. So of course a barbecue ensued. With burgers. And dogs. And this really really really good pasta that I contributed.

I wanted to bring something a little different than the usual pasta salad drizzled in bottled italian dressing. Which has been a favorite barbecue dish in the past and I’m a big fan. But what I really wanted was a pasta with a little kick.

This pasta salad was super flavorful and tasty. Everyone loved it and even the hubby was craving it the next day for lunch.

Did I mention it was easy? You can even throw it together the night before. In fact, I recommend it. Because the flavors will have that much more time to mingle and get to know one another. And that’s a very good thing.

Really wishing I still had some of this pasta now. 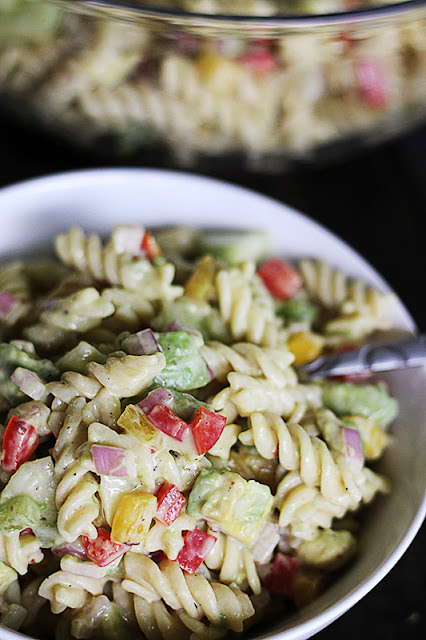 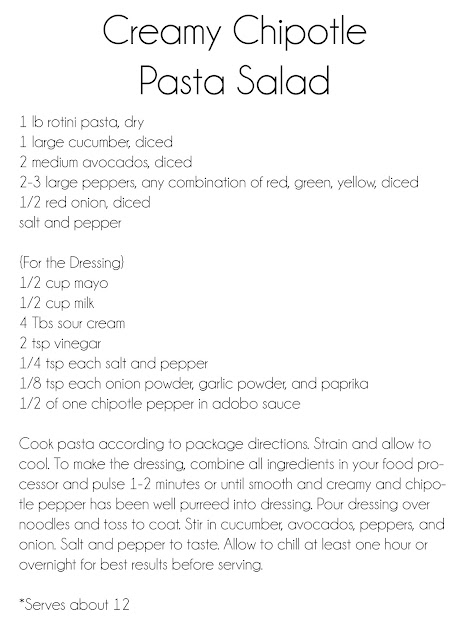