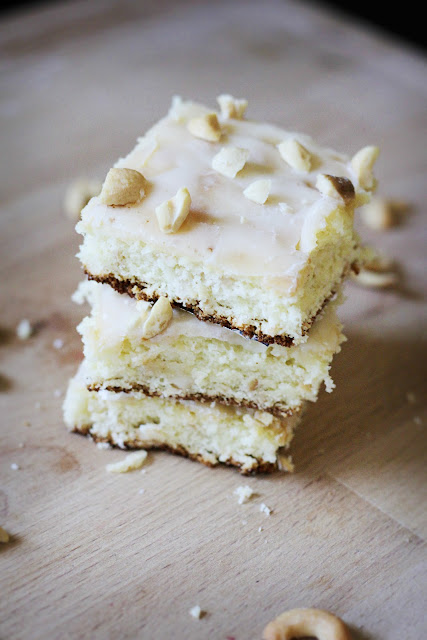 Is that tower of Cashew Lemon Squares leaning…? Is it just me? It very well could be.

I haven’t been exactly at the top of my game lately. I’ve been inexplicably exhausted… to the point of falling asleep while doing mentally engaging tasks. This never happens to me. Here’s a little secret about myself… I don’t sleep much. Don’t get me wrong, I love to sleep, I just don’t do it all that much. I’m about a six-hour sleeper. If I get too much more than that I won’t sleep well the next night. Weird, I know. I’m pretty sure I owe it to my mother.

Normally I get about six hours, give or take a little, and I’m perky and as energetic as can be but lately I’ve been dragging. Really really badly.

For example, last week on my way to an appointment I took an exit about 10 minutes early and didn’t realize it until I’d gotten myself clear up at the base of the canyon and when I finally did notice I’d taken the wrong way, I still thought that I’d gone too far, rather than not far enough. It was ridiculous. I ended up taking side streets for twenty minutes and showed up late. How embarrassing. 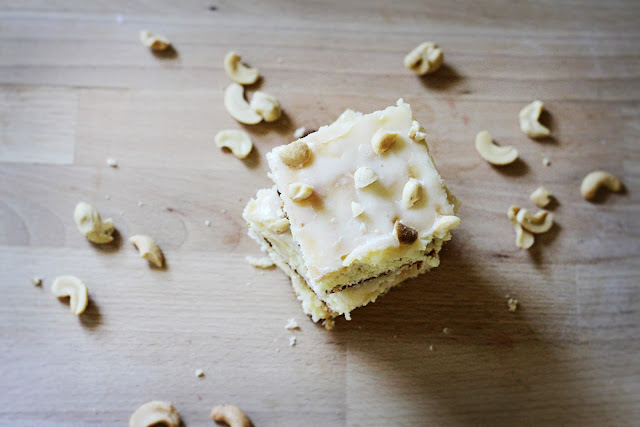 It really hit me when I was on my way to my night class and I fell asleep in rush hour traffic on the freeway….no joke. Completely dozed off and drifted into another lane. How scary is that??

Guys I swear I never ever do that. I once stayed up during finals week for three days straight and still had my mental faculties functioning well enough to pull out some good grades. Falling asleep while driving? Definitely not normal for me. Especially considering the fact that I’ve had more than my usual six hours of sleep lately. I’m chalking it up to the nasty head cold that took over my body last week. Maybe it was some kind of crazy mutated virus.

Needless to say, it’s really a miracle these Cashew Lemon Squares turned out edible. I practically dreamed them up since I’ve been half asleep during the day. But hey, I’m not complaining cause these were pretty delicious. Not too lemony. Not too nutty. I thought about doing pecans but couldn’t bring myself to do it, and I’m glad for that. Because the lemon-cashew combo really won me over.

What about you? What’s your favorite nut? Ever fallen asleep at a completely inappropriate time?? 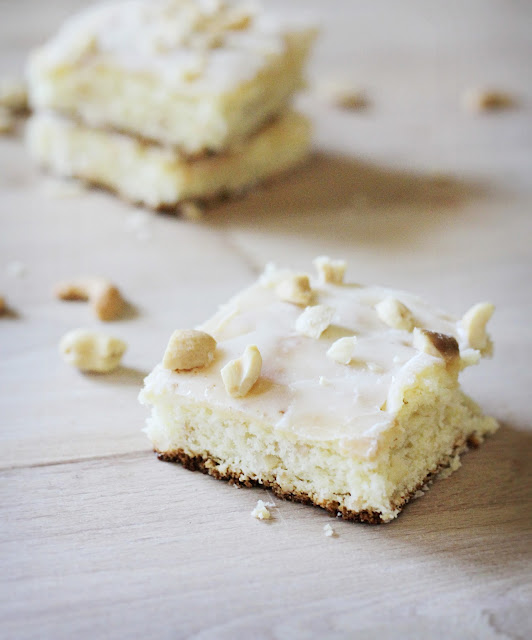 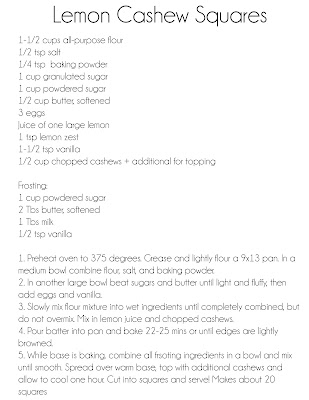